Please B Seated Brings You Europe(2You)

We first caught sight of Europe2You’s goods at a trade show where the company had transformed their display booth into an English countryside home. Their products–rustic wood pieces for the home and kitchen–were just our style and when we found out they use refurbished and sustainable wood we were hooked.

We now rent Europe2You’s Spanish Olive Trays, made of lightweight reclaimed wood and featuring an oil rubbed finish, raised edges, and a handle, and their Farm Table Planks, an elongated tray crafted with timber salvaged from 19th century buildings slated for demolition.

Europe2You was started by Stacy Borocz and her husband Joseph after the two had spent time living and traveling throughout Europe. We like hearing the story behind our products, so we invited Stacy to tell us a bit about her interesting company.

PBS: What sort of  sustainable practices does Europe2You follow?

Stacy: Our factory culls beams from 19th Century buildings in Europe that have been scheduled for demolition. This wood is then re-fashioned by artisans to make our trivets, cutting boards, and other wood pieces. In addition to the salvaged beams, bricks, windows, and other architectural elements that we deem usable are also repurposed to create new products for today’s lifestyle.

PBS: Where are your pieces made?

Stacy: We have a factory in Hungary where our wood products and many of our glass items are made. We also have partners in the United Kingdom, Spain, Italy, France, Germany, as well as other countries throughout Europe. Every item we sell is from the continent of Europe.

PBS: We love the Farm Table Planks; can you tell us a little about them?

Stacy: The Farm Table Plank is inspired by a French style bread making board that I found at an antique market once. Originally the boards were used for making Gros Pain, which literally means “big bread,” but we have also seen French country homes use them as serving pieces for crudités or charcuterie. Inspired by its versatility, we created our version of the bread board from wood found in the area between Avignon and St. Remy, in the South of France.

PBS: We’re also offering your Spanish Olive Trays for our customers; can you tell us the story behind this item?

Stacy: I love our Spanish Olive Tray because it has a special story that we enjoy sharing with our customers. Several years ago, while Joe and I were traveling along the coast of Spain, we had dinner at a tiny seaside restaurant in Mallorca. The owner is a very hospitable man and after a lengthy conversation and several bottles of wine, he brought us a tray filled with his best olives. When we had eaten all the olives, which were the best we’d ever had, the owner insisted that we keep the tray as a gift. Because the tray holds such fond memories for us, we wanted to recreate it and share it with others. We designed our Spanish Olive Tray after the one given to us by the restaurant owner in hopes that it will carry on the spirit of hospitality shown to us. To return the favor, we sent the owner our version of the tray, which he now uses in his restaurant! 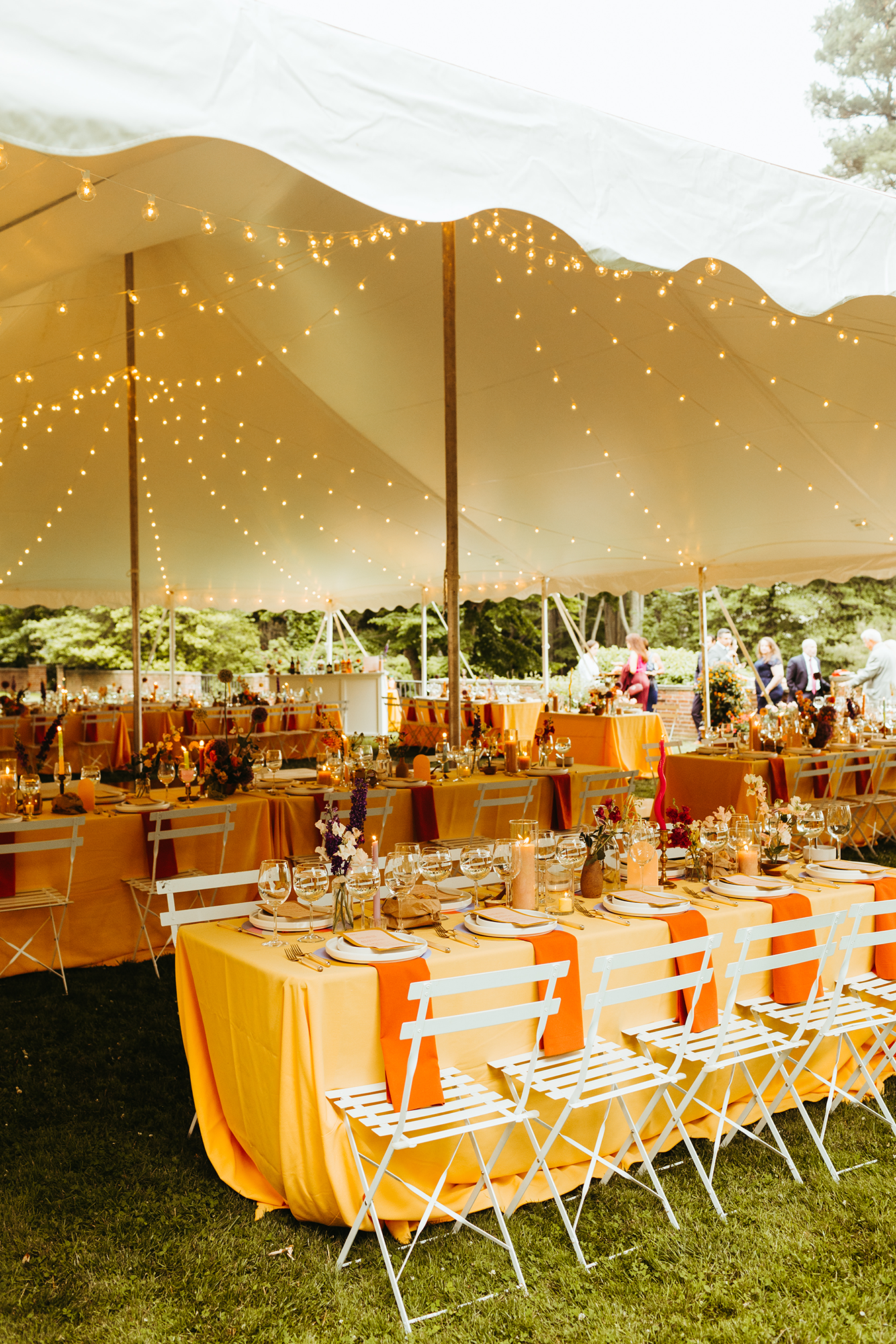 A Dream Wedding at a sunlit Long Island Estate 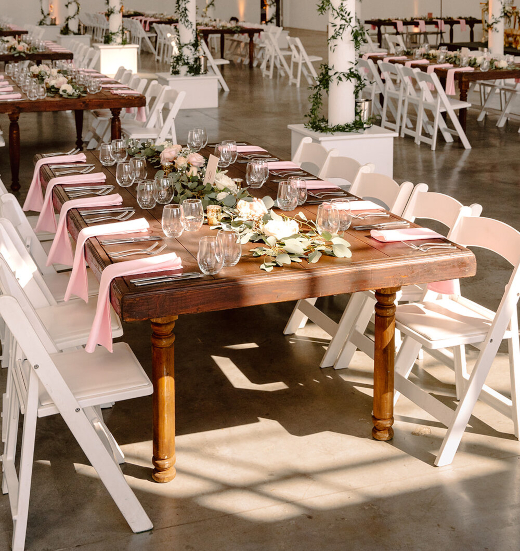 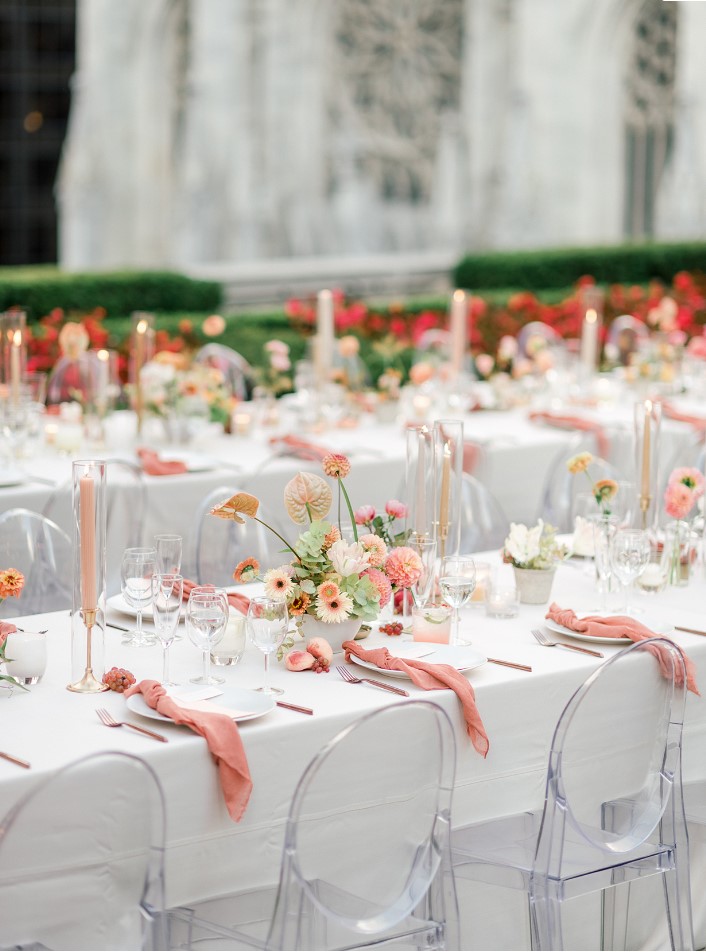 Make an appointment at one of our party rental showrooms. 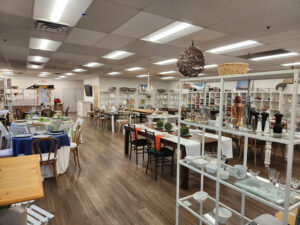 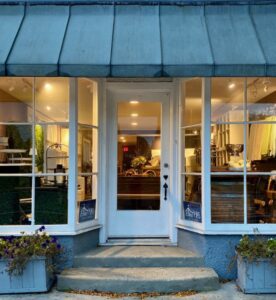 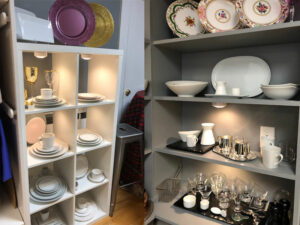